Ecokit was appointed to design, manufacture and deliver two cabins for eco-tourist accommodation compliant with the eco-farm values.

The main criteria for the client were short time of building (up to 2 months), no use of heavy machinery, top quality healthy building materials. Minimal operating costs and positive environmental impact were also high on the agenda.

Once the building permit was approved, we were ready to start manufacturing first two ecokit cabins. Ecokit, as a big fan of technologies and advanced manufacturing uses CAD/CAM (CAD = Computer Aided Design; CAM = Computer Aided Manufacturing) software and tools, which means that once we have finalized the models with our client, we could directly export all information from the model directly to our CNC machines and robots and the manufacturing started instantly!

To make sure that we are delivering the best possible insulation type for our client’s needs, we contacted various blown-in insulation suppliers and carried out a test of various materials and densities. In the end we have selected the blown-in glass wool insulation.

In the first part of this blog, we have described how did our investor find way to ecokit and what were his decision points. In this following part you will find our how was the design, manufacturing and building of two prototype houses going, what technologies did we utilized and what were the main benefits for our client.

Unlike the standard glass wool insulation, the blown-in version is much smoother and does not affect you even if you directly touch it with your hands! It is made out of recycled beer bottles and is not bonded, which means it’s free from any substances that could off gas into the interior. Being a glass wool, it is naturally non-combustible and does not invite pests.

All prefabricated parts and components for both cabins were sent flat-packed directly to the building site in 2 shipping containers within the 2 weeks interval.

In early June, first container has arrived to the building site. All structural parts of small cabins and some structural parts of two-storey cabin were included in this delivery. There were 3 guys and a small tractor landed from local farm and a car with winch for unloading, which took less than 6 hours.

The construction has begun!

The fist day was dedicated for the slab re-measurements and covering – it was necessary to cover the slab with fabric, as the client has decided to use polished slab as a final flooring which needed to be done prior the building. It made the final flooring exposed to all possible risks such as damage caused by dropping the tool, creation of spots etc…

We also had enough time to assemble first few frames and boxes for the next day.

Both cabins were built by client’s own resources, while ecokit team was on site to help and to collect feedback from the team of builders. The whole client’s family, including teenage sons, were involved in the assembly. What a great opportunity to bond all members of your family and create lasting memories!

Thanks to the block building method, the labourers managed to build it on the spot in just a few days. The house is almost entirely made of wood, and the concrete has been reduced to the minimum. The structural part of small cabin was completed within 7 working days, while the double storey took the four guys in the building team about 12 days. Although proceeding with the construction in the middle of winter in an alpine climate was a scary thought initially, the kit allowed us working outside on a good days and assembling the boxes under cover on those rainy days.

As a part of the delivery, we provided assembly instructions for the building team, additionally we have also prepared project plan with a schedule for building both cabins in less than 2 months.

And that’s not over yet. In the next episode we will look in detail at the materials and technologies used during the construction. 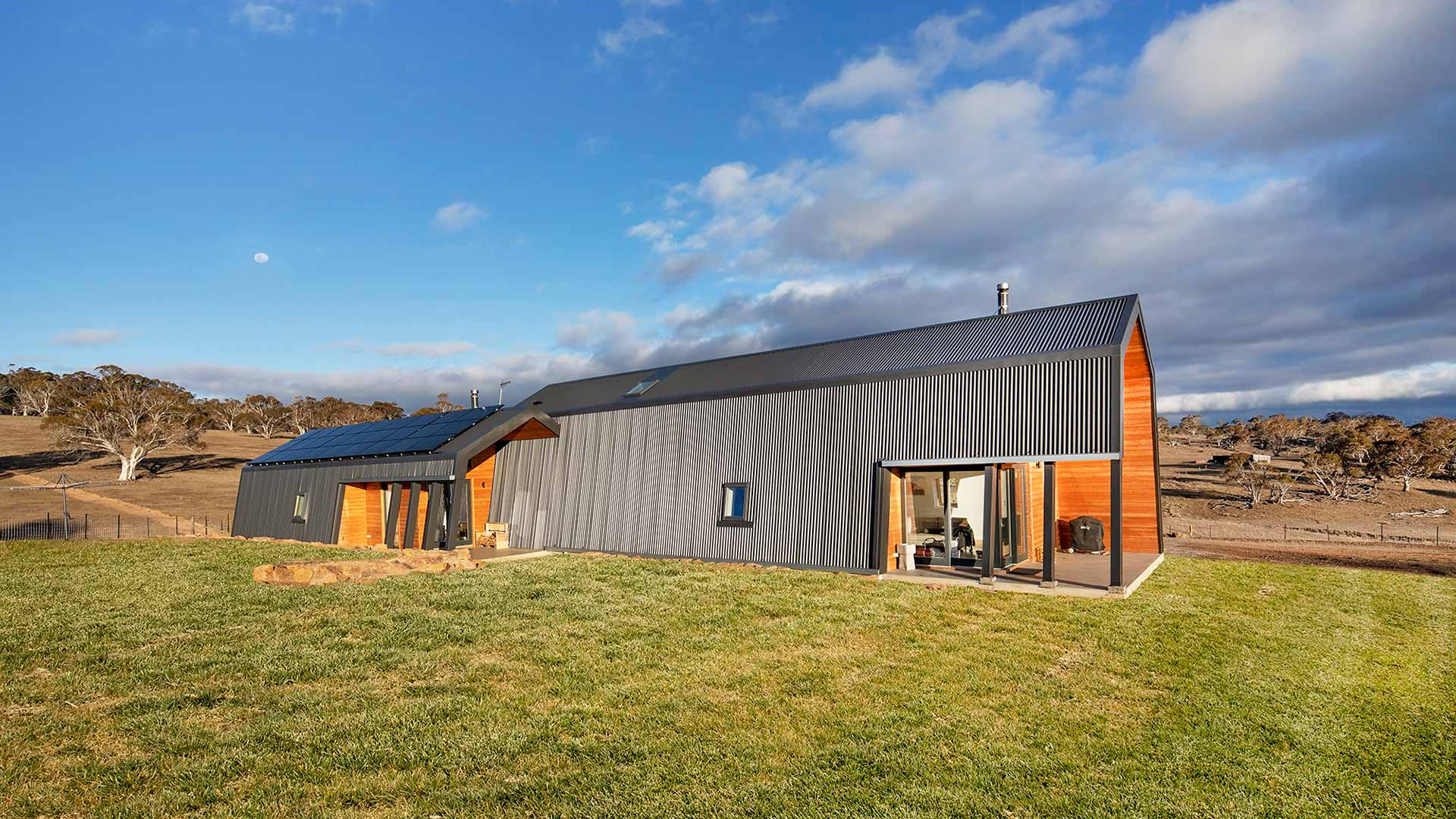 I am proud to be part of a team, building a company that utilises technologies to provide healthy, comfortable homes that are environmentally friendly. Everyday I get the opportunity to collaborate with like minded people, who believe in ecokit's vision & mission and this provides me enormous gratification. Sales of ecokit™ in the United States are suspended for new customers until June 2022 while we are focusing our efforts on constructing the first projects in the USA. We are super excited to commence the delivery of these outstanding, high-performing homes to our valued clients in the year ahead.

If you have contacted us over the past 18 months and are interested in working with us, we are happy to talk and assess your plans on a case-by-case basis. Please feel free to email our US Distributor Nathan Mashman for more information.

Sales of ecokit™ in the United States are suspended for new customers until June 2022 while we are focusing our efforts on constructing the first projects in the USA. We are super excited to commence the delivery of these outstanding, high-performing homes to our valued clients in the year ahead.

If you have contacted us over the past 18 months and are interested in working with us, we are happy to talk and assess your plans on a case-by-case basis. Please feel free to email our US Distributor Nathan Mashman for more information.